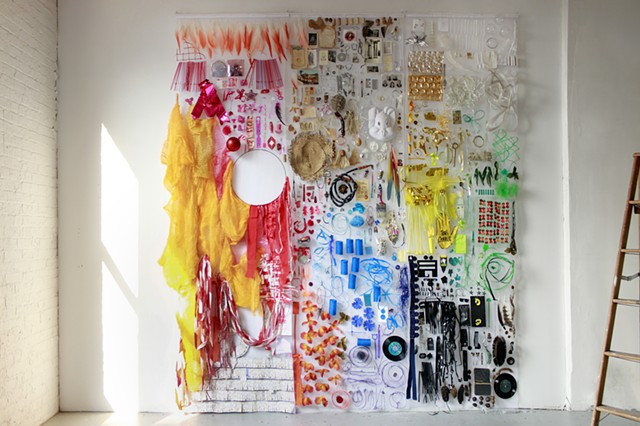 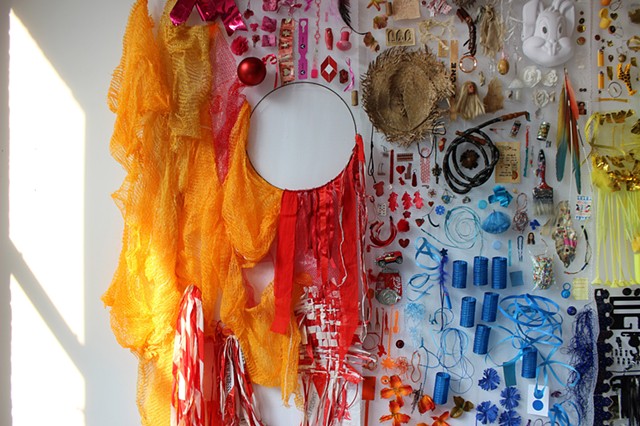 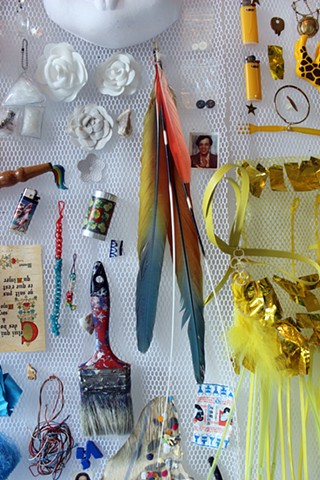 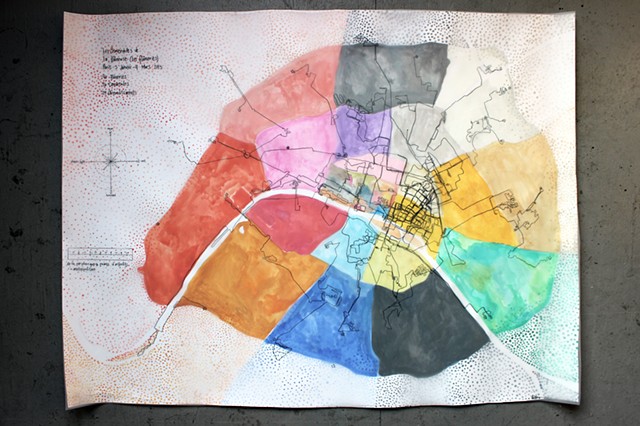 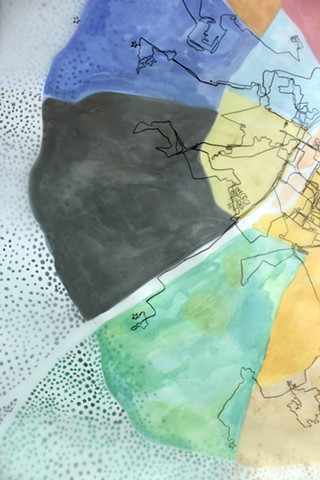 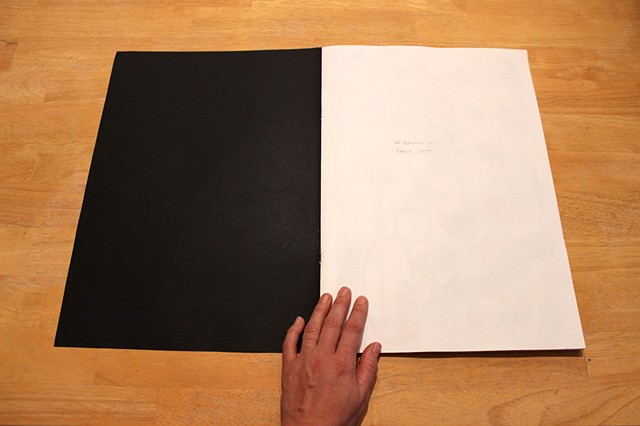 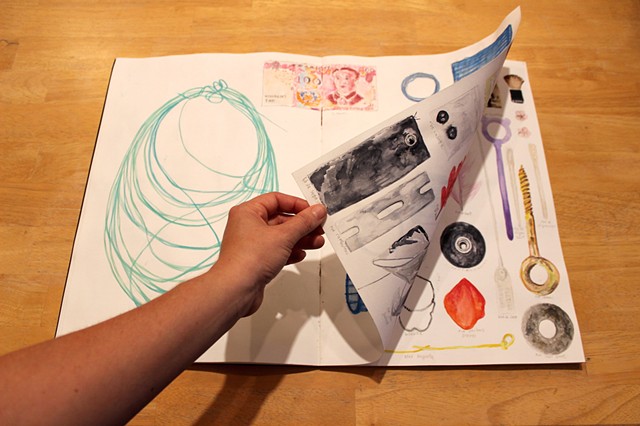 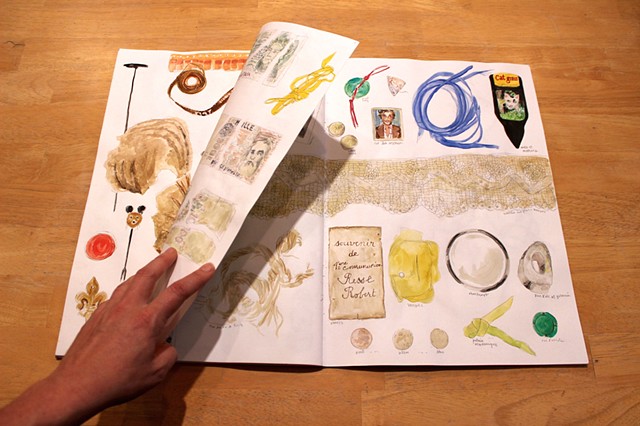 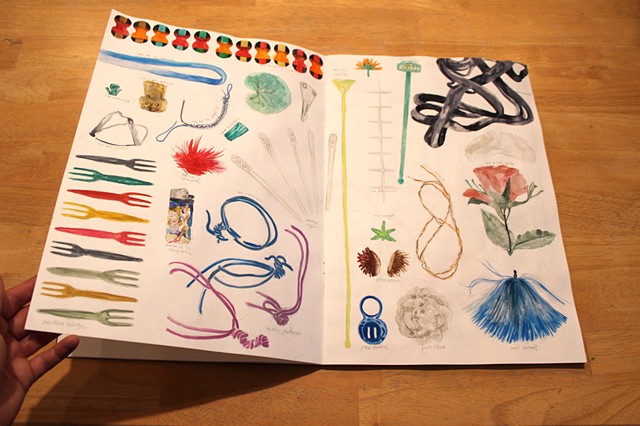 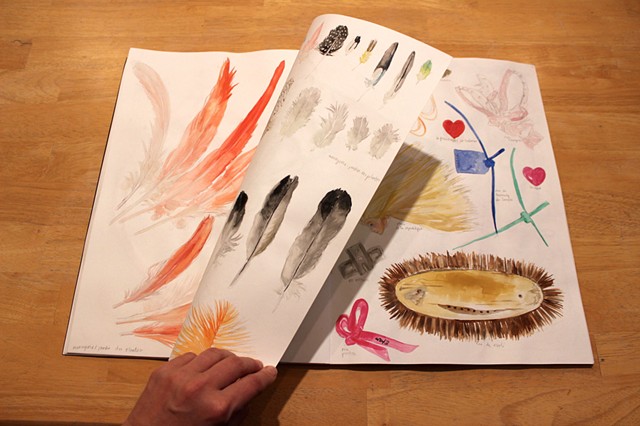 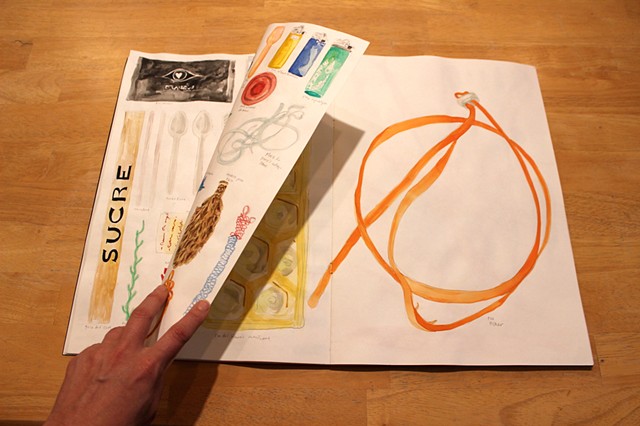 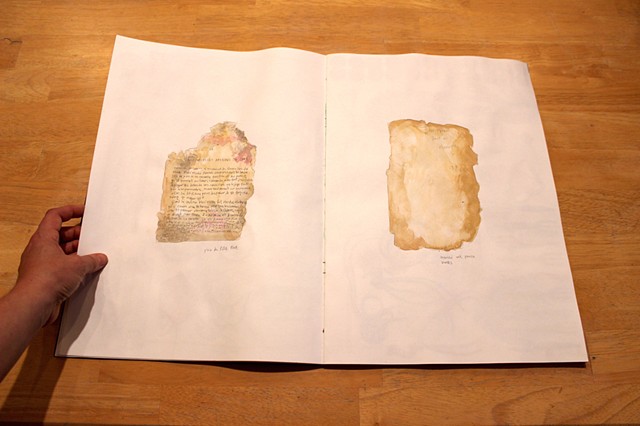 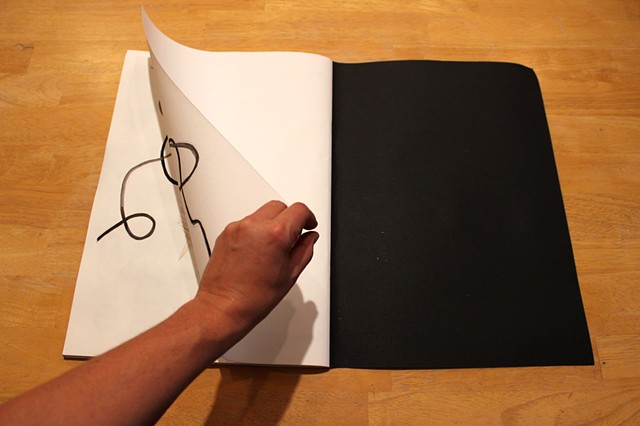 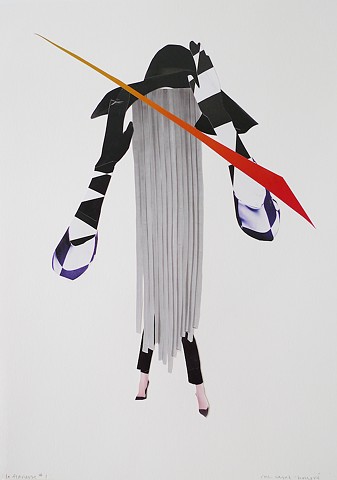 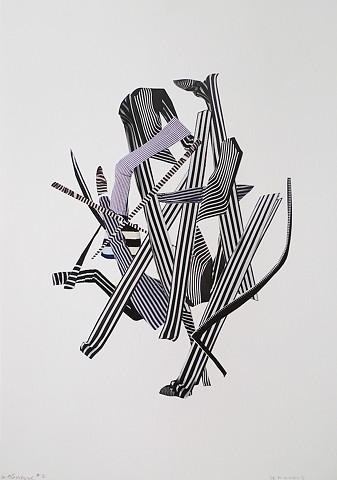 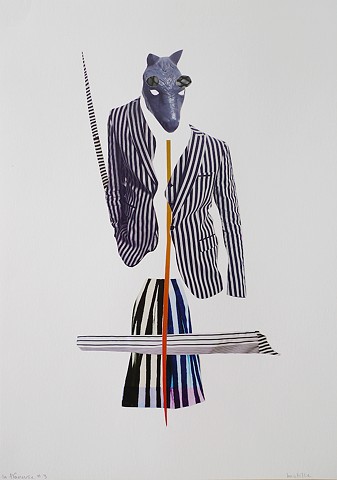 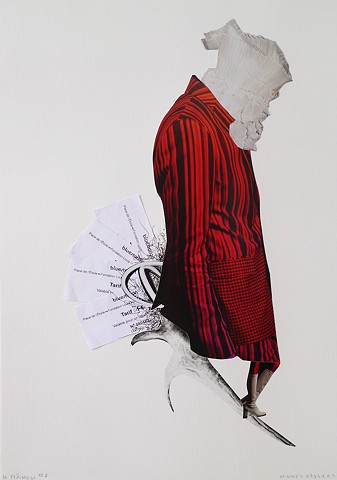 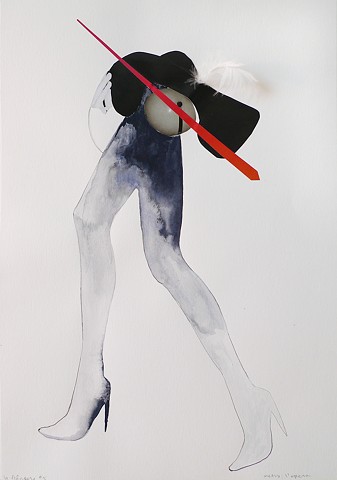 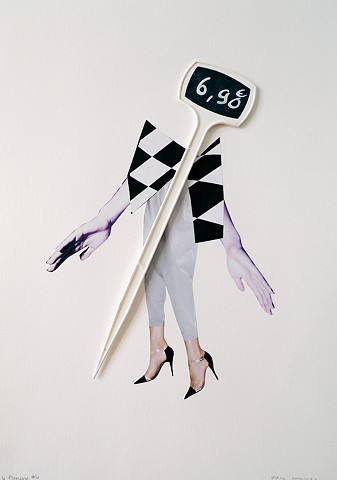 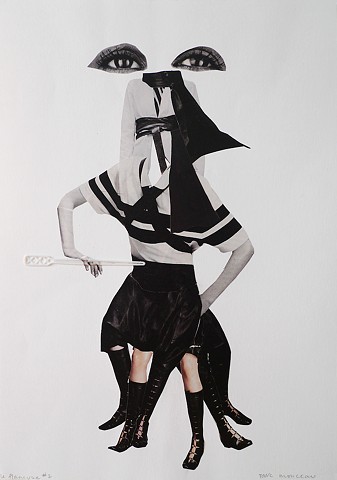 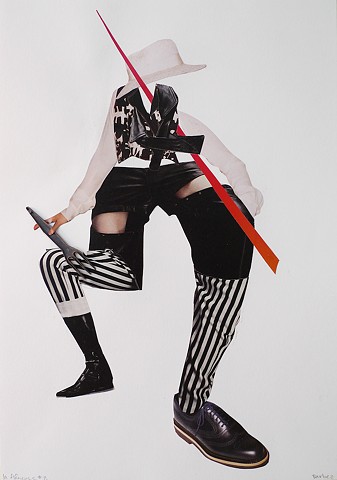 This suite of one large wall hanging, a map and eight collages was created during my ArtSlant/Georgia Fee Residency in Paris (January through March 2015). While in Paris, I researched the male archetype of Le Flâneur (the quintessential Baudelaire-ian wanderer, the philosophising dandy) but through a female lens. I explored the city on walks each day as a modern-day Flâneuse - collecting found objects as I went. In the large wall piece, Tapestry, every object I collected during my two month tenure in Paris is grouped by color and hand-stitched onto three lengths of open poly/mesh fabric, creating a weightless effect. The work took four months to create: two months to collect in Paris, and two months to assemble back in New York.

The large map that accompanies the Tapestry traces the line of each walk, and color-codes Paris' 20 arrondissements in relation to the colors of the objects I found.

The Specimen Journal presents a scale drawing of each object, labeled with the name of the place it was found.

Each of the eight collages is unique, and they include salvaged magazine paper from Paris, found objects, gouache, pencil and glue on paper. Each was inspired by a woman I saw on my walks, and is named for the neighborhood where I saw her.