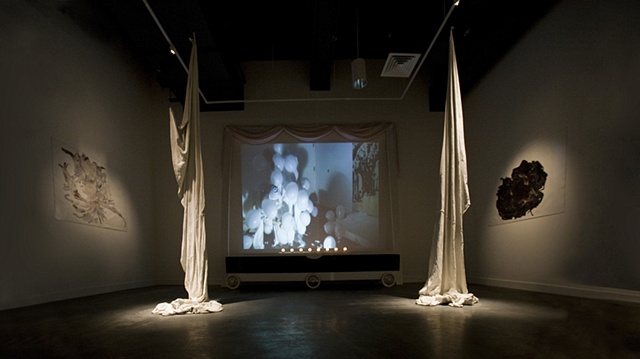 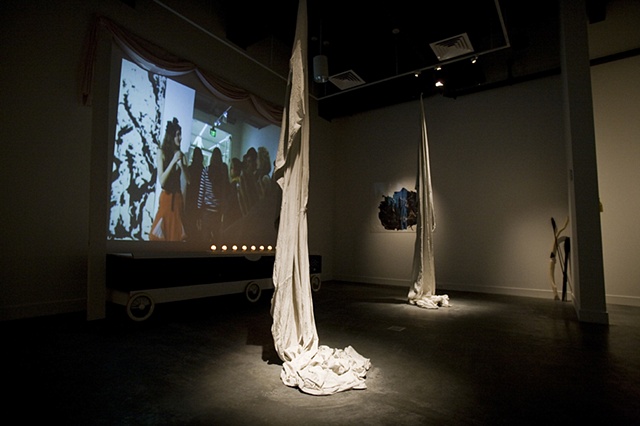 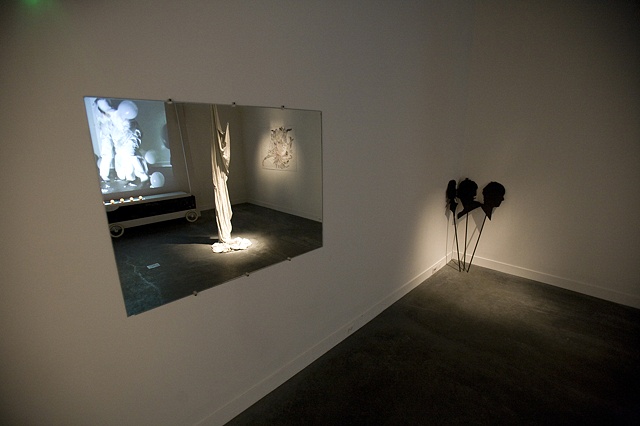 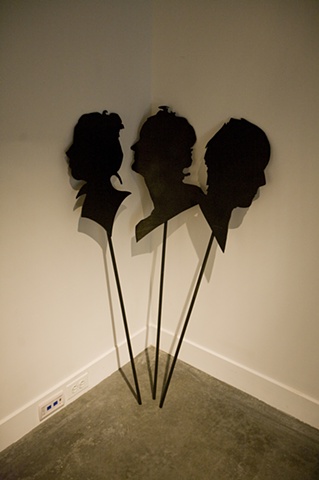 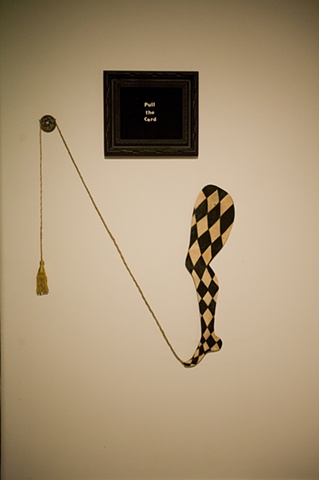 This installation was commissioned for a group show called “Carnival.” It included a live-feed video which was transmitting footage of the galleries outside the depicted room (It was installed in the student galleries at the RISD Museum). The other components of the installation included a mobile stage, video projection, plastered free standing curtains, a plate glass mirror, two collages and silhouettes on puppets sticks. The silhouettes depicted other artists in the group show. The detail shot shows me playing with the shadow puppets, as all viewers were invited to do. I was inspired by the idea of separating and abstracting the elements of a stage and theater, and confounding the idea of viewer and performer.